Flora Nwapa was the eldest of 6 children of Christopher Ijeoma – who worked with the United Africa Company (UAC) and Martha Nwapa – a drama teacher. Flora started her early education in Oguta from where she proceeded to secondary school at Elelenwa, Port Harcourt and later in Lagos.

At the mature age of 22, Flora entered the prestigious University College, Ibadan (now University of Ibadan) in 1953 where earned a Bachelor of Arts degree in English in 1957.

Still, in pursuit of higher qualifications and as the norm for most of her contemporaries, she went abroad for more studies at the Edinburgh University, Scotland, where she earned a Diploma in Education in 1958.

On her return to Nigeria in 1958, Nwapa joined the Ministry of Education, Calabar as an Education Officer and she left in 1959.

Her teacher’s training abroad would soon materialize as she took up employment as a teacher at Queen’s School, Enugu, where she taught the subjects of English and Geography from the year 1959 to 1962. She continued to work in both education and the 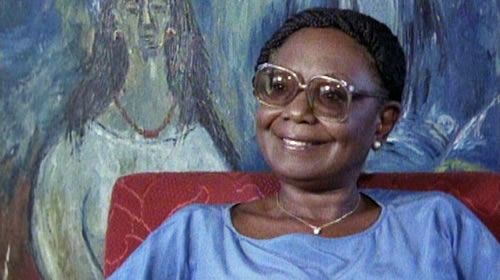 Later at the University of Lagos, she continued her work in civil service as Assistant Registrar between 1962 and 1967 when the Nigerian-Biafran war (1967 and 1970) saw many Nigerians of Igbo origin either being forced to return to the East or in solidarity with a fledgeling Biafran nation.

After the war, Flora Nwapa stayed back in Eastern Nigeria and accepted the cabinet office as Minister of Health and Social Welfare in East Central State from 1970 to 1971. She subsequently took up the position of Minister of Lands, Survey and Urban Development also from 1971 to 1974.

Nwapa’s love for the academics and imparting knowledge would not end there. She assumed a visiting lecturer role at Alvan Ikoku College of Education, Owerri, in present Imo state – post-1974. And by 1989, she was appointed as a visiting professor of Creative Writing – a branch of English which she was already renowned – at University of Maiduguri.

In 1966, Flora Nwapa’s first published book, Efuru, was considered a pioneering work as an English-language novel by an African woman writer. Nwapa had sent the manuscript of Efuru to another renowned author Chinua Achebe in 1962. Achebe recommended to the English publisher, Heinemann, which he later headed, to publish Flora Nwapa’s novel.

Efuru’s success was followed by other novels such as Idu (1970), Never Again (1975), One is Enough (1981), and Women are Different (1986). Additionally, she has published two collections of stories several children’s books.

Flora has also had some of her literary works anthologized in popular old publications ranging from Black Orpheus, Présence Africaine in the ’60s & ’70s to Daughters of Africa in 1992 shortly before she passed.

Flora, aside blazing the trail as the first woman novelist, did her part in giving other women access to publishing opportunities. In 1974, she founded Tana Press where she published her own literature as well as works by other budding writers. Tana was the first press run by a woman in Nigeria and it targeted a large female audience.

At the age of 62, on 16 October 1993, Flora Nwapa was reported to have died of pneumonia at a hospital in Enugu, Nigeria. The Lake Goddess, which was her final book, was posthumously published.

Macaddy is mostly a farmer in the day who also dabbles into technology at night, in search of other cutting edge intersections. He's on Twitter @i_fix_you

How to Get Social Media Influencers to Promote Your Business

7 Different Ways To Profit In The Transport Sector

How Nigerian Foods Can Become a Catalyst for Tourism