Golden Eaglets of Nigeria will play Algeria at the U-17 AFCON. The draw was held at the Monotel Dar El Barka Hotel in Nouakchott and was conducted by the Confederation of African Football’s (CAF) Director of Competitions, Samson Adamu assisted by Mauritania’s legend Mustapha Fall.

The two-time (2001 and 2007) U-17 African champions, Golden Eaglets, will slug it out in Group B against Tanzania, Congo Brazaville, and Algeria.

Which eight sides will make it through to the knockouts 👇 pic.twitter.com/mpFLmpe99Y

Host, Morocco will kick off the tournament on the 13th of March 2021. they have been paired in Group A alongside Uganda, Zambia, and Cote d’Ivoire. 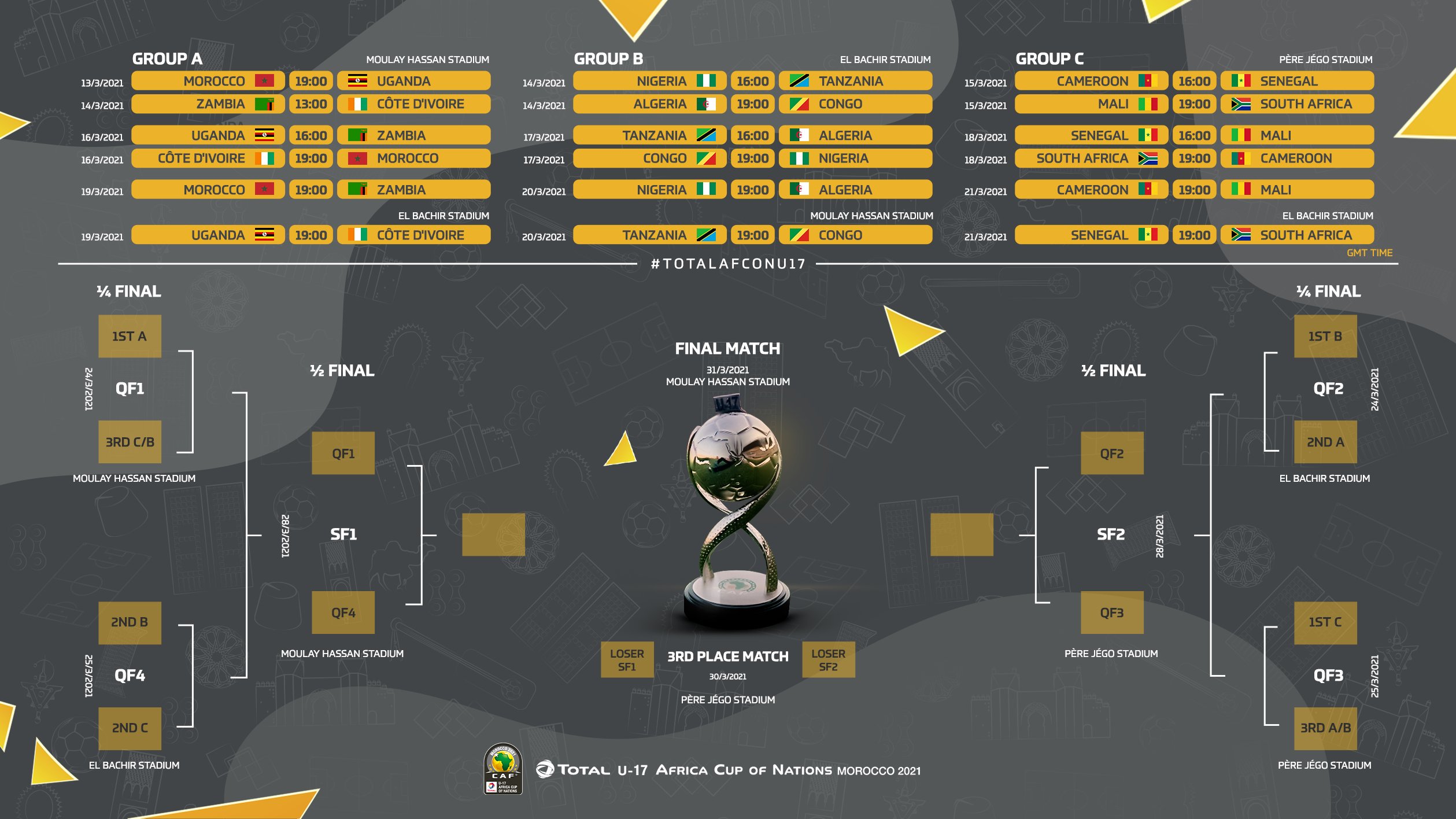 The Fatai Amoo led side will look to put behind them the disappointment of the 3-2 loss against the Baby Elephants of Cote d’Ivoire in the finals of the WAFU B U17 competition that was held in Togo, January 2021 and re-assert themselves on the African youth scene after years of below-par performances.